About Dance Insanity
About LiWen
About Tytus
Our Story 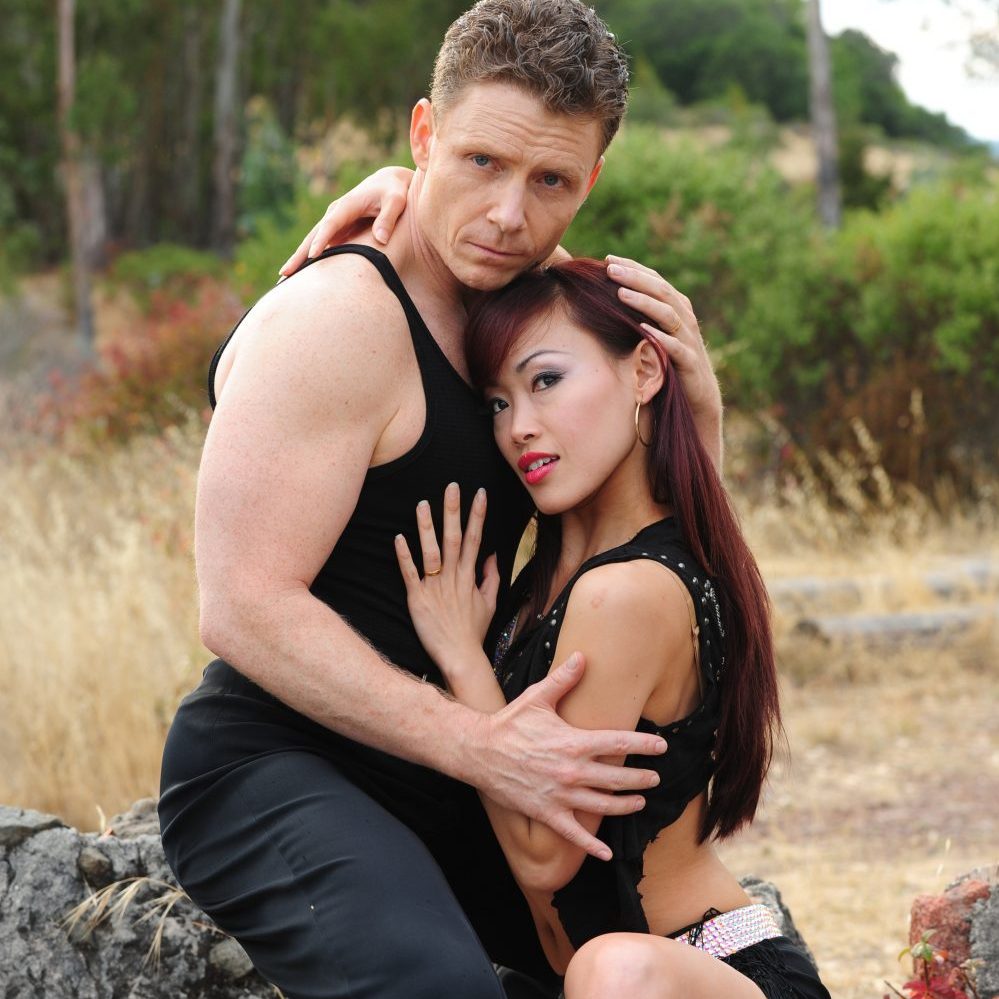 A World Where Everyone Dances

Together, we have been teaching and entertaining for more than 40 years.
With all of that experience, we’ve created DanceInsanity using our unique blend of teaching techniques that focuses on not just figures and steps, but also conditioning and strengthening. To make the body and mind both say “YES” at the same time!

Passion is a beautiful thing. Sometimes, it takes being a little “crazy” about something, to delve fully in. At Dance Insanity, we invite you to be crazy about dancing and bring the passion! 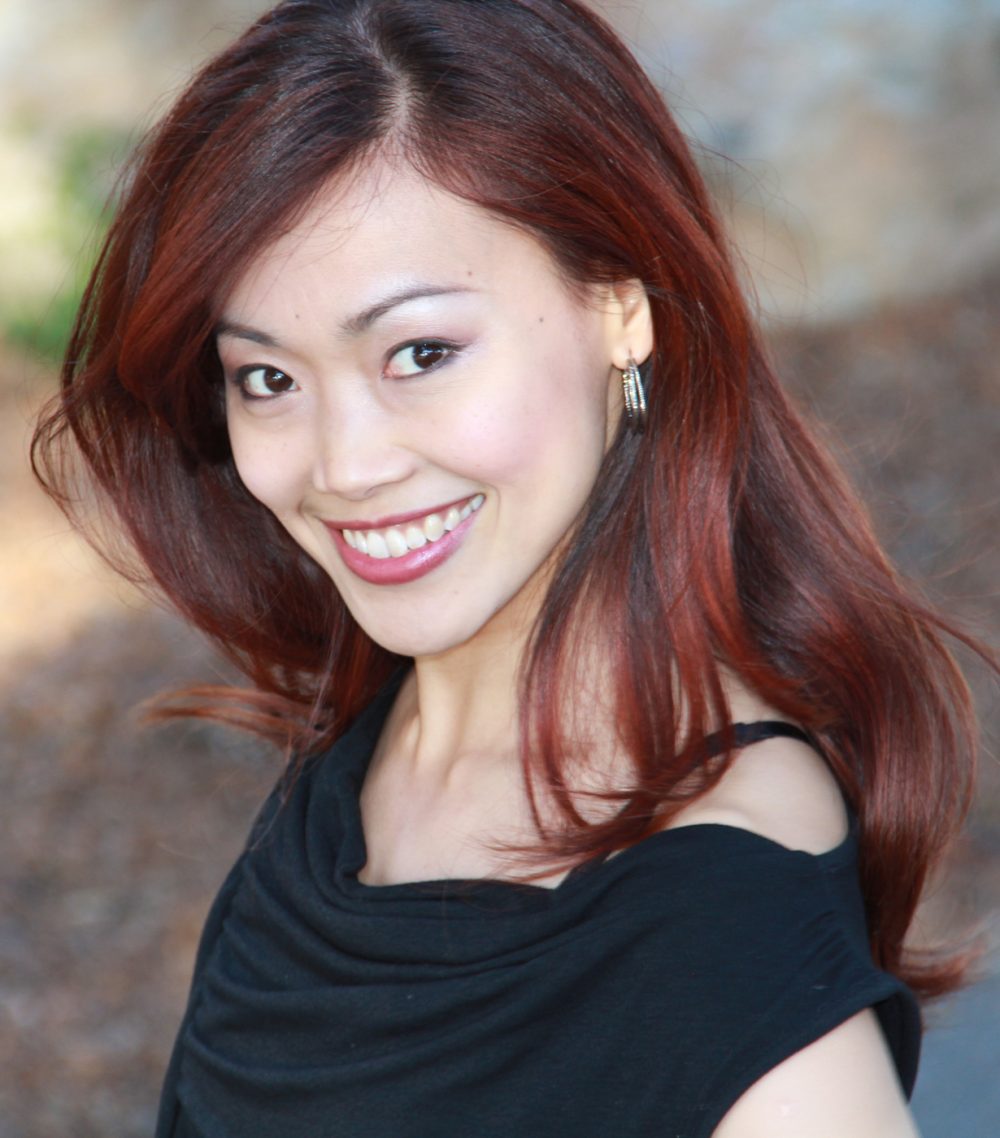 As far as I can remember, I was always involved in a big theater/dance production. My first “gig” was playing “Sleeping Beauty” in the school play when I was 6. I suppose that kickstarted my creative career! While I was performing a musical in school and my teachers said that I had real neck for dancing. So, I choreographed my very first dance piece at age 11 to Whitney Houston’s “One Moment In Time” and “forced” my best friends to learn it, so we can perform it at the End of the Year’s Talent show!

Then on, I started getting more training in modern dance, ballet, hip hop, jazz, cheerleading, traditional Chinese dance and eventually, found my way to Latin Ballroom (when I was going to UC Berkeley for my architecture degree)!  After graduating from Berkeley, I worked as an Architect, specializing in high end commercial and K-12 Schools. While that was happening, I also started performing and teaching with Tytus. I went on a Dance Reality TV Show, “Dirty Dancing – Living the Dream”, that aired on the WE network – and came in second place.

Having been teaching since 2004 – Latin, Salsa, Hip Hop, figure-skating etc., from kids as young as 4 to 80, I found that Age is seldom the issue. It’s always the mentality. Teaching became just as much about changing mental habits as it is about changing physical habits. So, I had to challenge myself to teach and grow in new ways which helped my students to improve and gain confidence. I truly believe everyone has the ability to be good at dancing if they get the right information and mentality.

The last I wanted to do when I was growing up was dance. But by the time I met LiWen, I had already won a number of USA National Dance Titles and represented the USA in the world dance championship twice. Having trained many national and world champions in Salsa, Swing and Latin styles, I know first hand that for those who want to be truly brilliant, there is no substitute for hard work and passion.

It’s easy for those who see me today to say “oh he’s so talented!”. However, I certainly didn’t start out that way. In fact, I was deemed as not being talented when I first started because I didn’t really want to dance. My parents owned a dance studio and I was sort of put into the “dancing” spot. However, everything changed when I decided that dancing would help me get a date with this super sexy girl I was working with. So I put my whole mind, body and soul into the dancing. After that, there was no stopping me. Therefore, I believe that talent is over-rated. And what is perceived as talent is often built through persistence, dedication and hard work. Sometimes, the talented ones are the ones who don’t go anywhere because they get by with “talent’ and don’t do the work.

I teach and show my students how to “go for it” by example. I gained and lost 40 pounds twice in my life – first when I was 15 (due to overindulgence in twinkies) and the second time (for playing a role in my “Reality TV Movie” film). That takes discipline, determination and hard work. So, I teach my students to push the body to its edge so that you can grow stronger and be better than you think you can be. Because life is all about energy and the more you have it, the better a life you can have.

But it’s also about having fun. Anything that isn’t fun and enjoyable, will not get results in the long run. That’s why I always use storytelling and entertaining methods in my teaching. 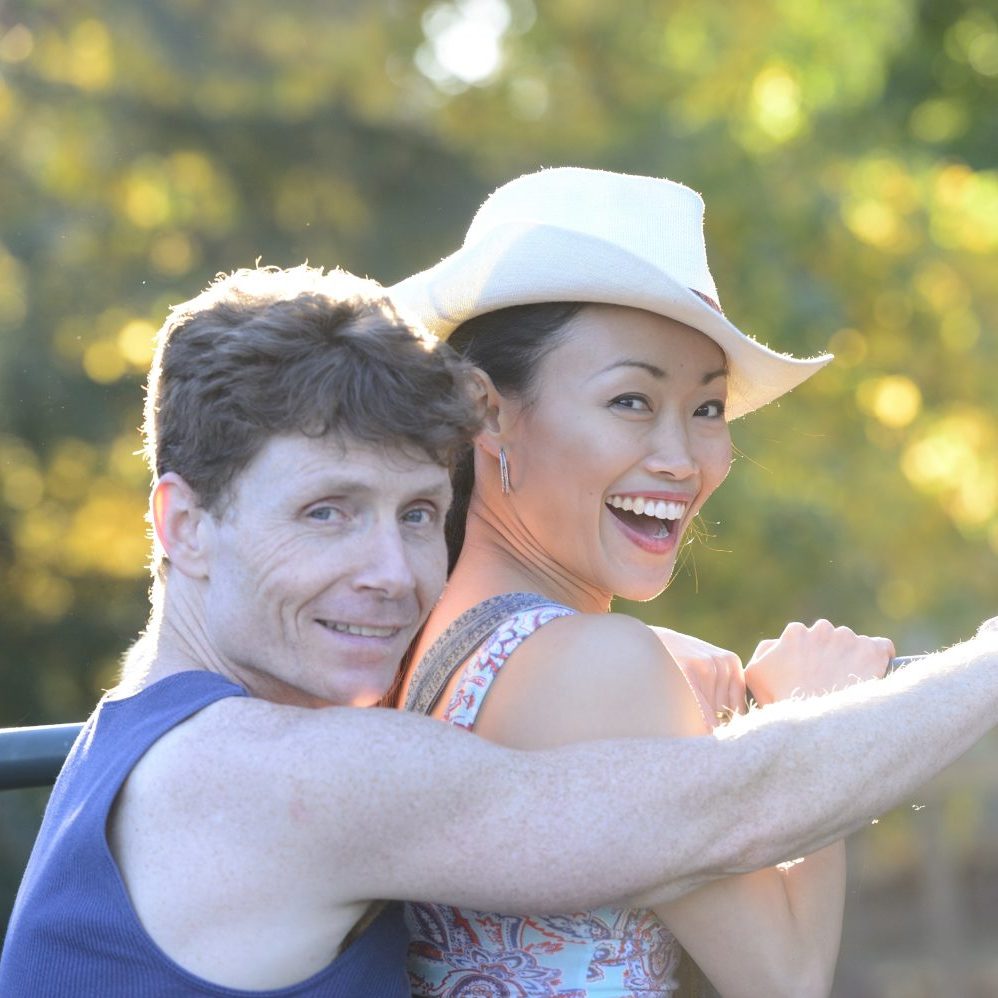 A Dance and Love journey

We are like yin and yang. Tytus is the left brain and LiWen has both sides of the brain intact. 😉 Where LiWen grew up in a traditional Chinese family, with structure, emphasis on good grades, Tytus grew up with a very non-traditional upbringing where he was allowed to create, imagine and be an artist. We love each other because we are so different and respect each other for our unique abilities and gifts.

What we have in common, is to live a life that makes a difference. To be impactful in what we do and add value where we do. We are into spirituality, self-improvement, and growing younger as we age! Besides loving to dance, we love to work out, eat well, watch movies and make movies!

We believe that having fun can change behaviors and create habits of excellence. Here at Dance Insanity, you can see a fusion of 2 passions: Dance + Film. You can see what we are up to on our filmmaking website: www.tytusentertainment.com