You wanna learn to walk first before you run. Well, actually you wanna learn the Samba Cruzados walks before you Samba, because you can use them everywhere! Although it’s considered a gold figure (in the ISTD syllabus), it is a basic Samba walk that is also good for beginners to learn because the technique is used for many of the other basic Samba steps. So put on your Samba grooves, hips and shoes, and let’s make sure you are practicing these Samba Cruzados walks the right way!

1. Imagine brushing your Inner thighs together when your leg passes.
2. Make your ankles kiss when they pass each other.

1. Imagine a boat traveling on a calm lake… you want to keep your movement forward relatively still by engaging your core and back.
2. Do not spring forward by bouncing on the already bent knee.

1. Keep your posture tall by stretching crown of head away from your hips. Keep elongating your spine throughout.
2. Front Knee is bent, and back knee/leg is straight.
3. Make your back leg fully straight so you complete the entire walk action, before you take the next step.

1. Keep your toes pointing outwards away from your center. You should keep your foot position that way the whole time… yes, regardless of whether it’s behind you, underneath you or in front of you.
2. Use this lesson to work on your turnout:
5 Minute 5 Exercises to Improve Your Turnout For Latin Dancing

To Master the Samba Cruzados Walks:

Take it slowly and practice one element at a time – meaning, work on your knee action separate from your hip action, separate from your turnout. Take it one at a time, so that you can stay focused on training your body to do that particular action intuitively. Just know that anyone can do it, with some deliberate practice and commitment.
​

Working on your Samba? Check out these other Lessons & Videos

5 Commonly Made Mistakes in the Samba Volta (and how to fix them)
4 Exercises To Make Your Plait Swivels Crazy Sexy​
TAGS: Cruzados walks samba yup nope

How to Dance the New Yorker 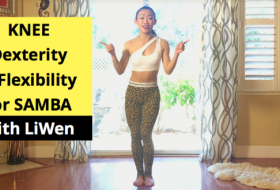 Knee Exercises for Dancers to Improve your SAMBA 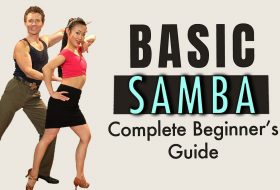 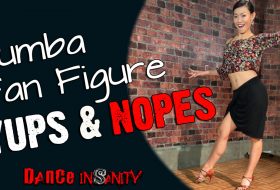 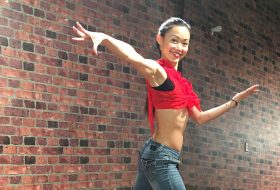 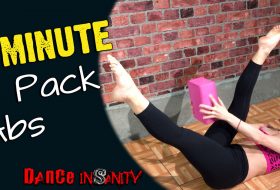 How To Fix “Turned In Feet Syndrome” – 5 Quick Tips